Believe it or not, but the very first "motor vehicle" was an electric tricycle invented in Europe in the early 1880s. The first motor vehicle to go faster than 60 mph (100km) was electric in 1899! In the early 20th century, one-third of all motor vehicles where electric, including the one owned and driven by Henry Ford's wife, Clara.

Electric cars are the essense of simplicity. The battery provides current to an electric motor, which provides traction to the wheels. There is, essentially, just one moving part! Torque is instanteous, which is why most production electric cars are so quick, most hitting sixty in under 10 seconds.

HOW FAR CAN I DRIVE ?

This depends entirely the capacity of the car's battery and when, where and how you drive. A car with a small 24kWh battery like the original Nissan LEAF, BMW i3, and Fiat 500e are rated by the US EPA at just over 80 miles. This improves in summer and declines in winter. Driving at Interstate (Motorway) speeds eats range, while typical city driving can even add to range. Of course, over the last half-decade battery density and size have improved an most newer EVs can offer 200+ mile range on a charge, and many now come equipped with fast charge-capability. As the lender their experience with range.

WHERE CAN I CHARGE ?

Pretty much anywhere you have convenient and safe access to the common 110V residential outlet. It will take longer to charge, however. There are free apps showing the location of public charging locations. Here is one online source.

HOW LONG TO CHARGE ?

Several key factors determine how long it takes to recharge an electric car starting with the rate of electric charge. The car's onboard charger controls the flow of electric current into the battery. It is engineered to prevent damage to the car's traction battery. Apart from Tesla models, most EVs were originally engineed to charge a modest 24-30 kilowatt battery from 20 percent to 80 in a couple hours at 220V; that's current similar to running an electric clothes dryer or home air conditioner. Charging an EV from the standard American 110V outlets is quite doable. Just make sure you use a heavy duty cable to avoid over-heating the cable, which can result in fire. Charging can take 8-12 hours to fully charge from 50 percent. Cars equipped with Fast Charger-capability can be fully charged in less than hour. However, such chargers currently are few and far between.

WHAT'S IT COST TO CHARGE ?

Usually, the least expensive place to charge is at home, where residential rates typically can be less than charged by commercial public chargers, though some businesses and organizations offer free charging. Where there is a cost for charging it can be either on a per Kilowatt hour basis or by the minute. It is the borrower's responsibility to keep the car charged. Assume a 15¢/kWh residential electric rate and a 40kWh battery that is 30% charged. You want to fully recharge it. That means putting back some 28kWh of electricity, or about $4.20 worth electricity. Since many modern EVs can travel 4-5 miles on a single kilowatt hour of energy that works out to be 112-140 miles of range.

WHAT IF THE BATTERY DIES ?

Think of an electric car like your smart phone. You probably charge it while you sleep. The same strategy works best for an EV. And if you forget to charge either, they become useless. You'll have to find an outlet for your charger. So, it's incumbent to monitor the state of charge of both.

Learn how to enjoy "Miles of Smiles" driving an electric car.

The process to sign up as either an owner or borrower is fairly straight forward, though vetting borrowers is, of necessity, a bit more involved, requiring submission of photo proof of a valid drivers license and car insurance. Understandably, EV lenders want to make sure their investment will be treated respectfully and with care. 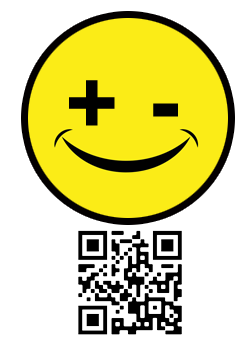